We started the day with the “Tour de Marin” (a 45 mile bike ride). We were pretty tired when we got home, but after a power nap, we rallied and went out to watch the eclipse. This was an annular solar eclipse, which means the sun and moon would be perfectly in line (depending on where you were on the Earth when it happened). We weren’t prefectly lined up, but pretty close.

Here are Yuching and Bailey getting ready. Note the cool “Eclipse Glasses”. We were at a local high school and several other people were there to watch the eclipse. When they saw our glasses, we became very popular; everyone wanted to check them out so everyone got a turn.

The eclipse cast some weird shadows. Check out the eclipsed sun shape among the leave shadows. Some younger people who were borrowing our glasses were tripping out on the shadows and left to play in a drum circle while the eclipse was still going on. Nice. 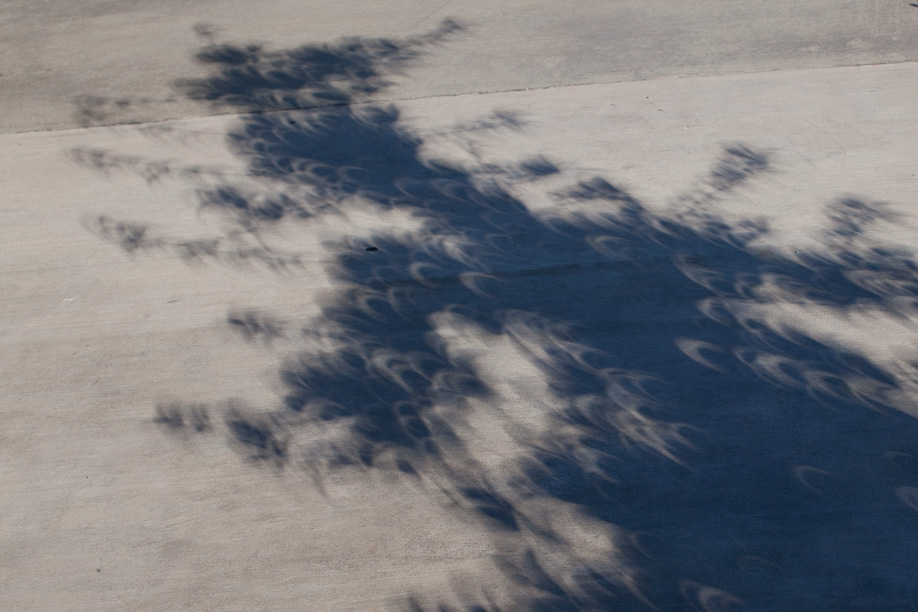 Here’s the casualty of the day. I set my lens up on my tripod and once I got it set up, I took the camera off to take some other shots. I put the back cover on the lens and left the lens pointed at the sun. The sun was magnified by the lens and melted a path into the back lens cap! Doh! 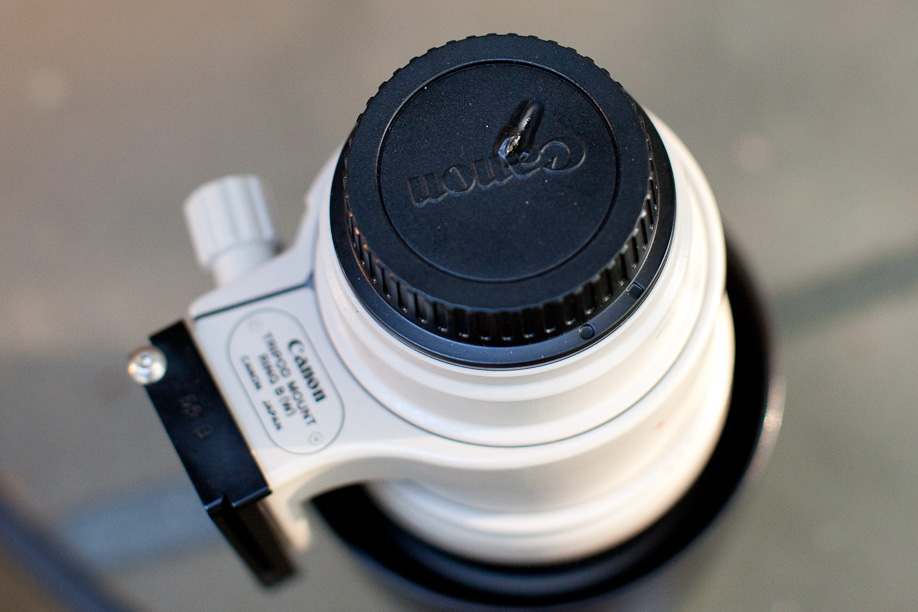