I went to the Sonoma-Marin Fair today. The highlight of the fair (well, maybe not the highlight, but the event that got the most media coverage) was the “World’s Ugliest Dog Competition”. 29 dogs were there trying to win the coveted title of “World’s Ugliest Dog”. In the end, this year’s winner was Mugly, the dog that won the United Kingdom’s “Ugliest Dog” contest.

There were tons of TV crews and two (or possibly three) teams making movies there. One team was from the UK and were making a documentary on the contest. Another was making a film that had scenes (including the climax) that took place at a fictionalized version of the show. We were in the audience for the filming and were asked to clap, cheer, etc. So maybe you will see us on the silver screen!

Here are two of my personal favorite dogs from the contest: “Icky” and “Roman”. 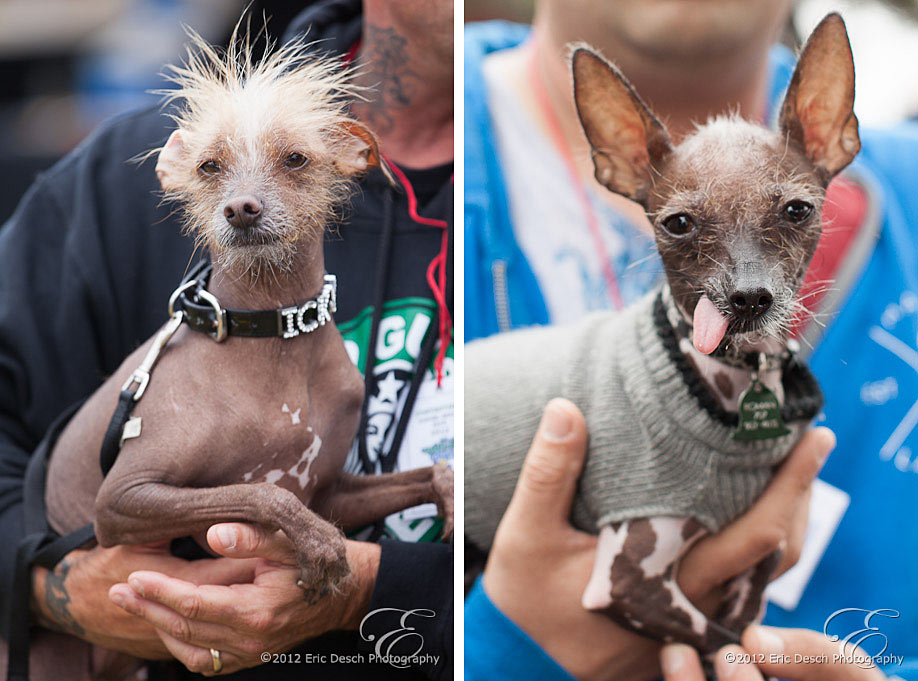