I don’t pretend to be an astronomical photographer or anything, but this was the second chance for a solar event in the past few weeks. Last time I took pictures of the solar eclipse. Today was Venus transiting the Sun. Today’s event was quite a bit more rare than the solar eclipse. Solar eclipses happen yearly (or so). The Venus transit of the Sun happens in pairs eight years apart. The last one was in 2004, but the next pair won’t be until 2117 and 2125. So this was the last time any of us will ever see this event.

If you saw my post on the solar eclipse, you will see that my shot was way overexposed and that I vowed to have a stack of neutral density filters next time. Well, instead, I just took the eclipse glasses that we had and put them over the lens to cut down the light to a manageable amount. Worked like a charm. 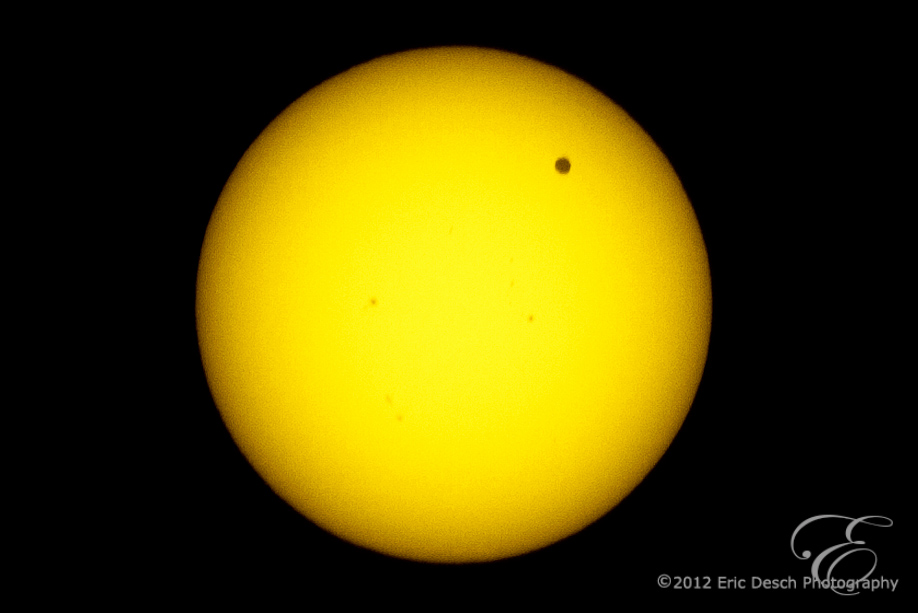